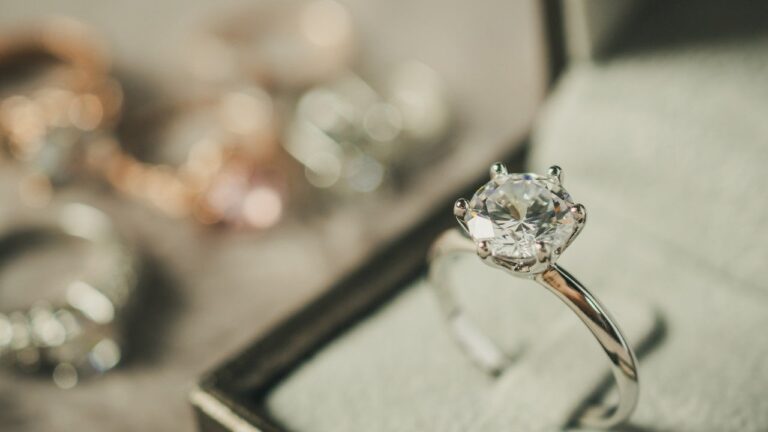 The mechanics of marriage proposals in 2023 are somewhat different than what they once were, even just a few years ago. Whereas in the past, the man was supposed to surprise his girlfriend by getting down on one knee and popping the big question, far fewer people are looking for this in today’s more complicated but more gender-conscious world.

Heterosexual couples will generally decide together when they want to get married and take it from there. Some women even want to be the ones to propose. And with same sex couples, there are simply no traditional “rules” so it varies significantly from couple to couple.

However, just because the world has changed, that does not mean engagement rings are no longer desirable. Most women want an engagement ring regardless of who actually pops the question or even if there was no formal engagement, and that means a fair amount of expense on whoever is buying the ring.

To help you decide how much you should spend on an engagement ring, here’s what you need to consider. We’ll also discuss getting insurance for an engagement ring, because it would be incredibly devastating to spend all that money on a ring to show your significant other that you love her (or him), only for it to get lost, stolen or, literally, rinsed down the drain.

Do you wear jewelry?

First and foremost, you need to ask whether the recipient of the ring actually wears jewelry. If not, why not? The reality is that for many Millennials and Gen Z-ers, jewelry is a thing of the past. It was once a sign of wealth as no one carried around expensive objects and to do so showed that you had enough money to afford losing even expensive jewelry. But now that we all have expensive electronics on us at all times, wearing expensive jewelry just feels risky and often unnecessarily gaudy.

The pandemic certainly won’t help the jewelry industry, as people have adapted to living more casually and jobs and income have been very badly affected by the economic crisis that may well still be ramping up. Think about whether you are as careful in the way you dress as you were before the pandemic. Chances are, you go out less and are no longer as concerned with looking “expensive” and it’s certainly not worth losing hard-earned money on such things at this particular point in time.

This is not to say that someone who doesn’t wear jewelry in general won’t wear an engagement ring. An engagement ring is something special and signified an awful lot more than just wealth and taste. It’s a testament to abiding love and commitment. However, they won’t be as hung up on getting the biggest diamond possible. Consult with them about what they want before choosing a ring.

There’s a bigger question at hand here than mere personal preference. What do most newlyweds like more than jewelry? Financial security, for one thing. Few people today expect their partners to compromise their shared finances for the sake of a piece of jewelry, no matter how shiny. Furthermore, even beyond their long term finances, if you ask people whether they’d prefer an expensive ring or an expensive honeymoon, many if not most will choose the latter.

When deciding what to spend on an engagement ring, ask yourself what you are sacrificing. Eating at fancy restaurants and buying designer clothing may be sacrifices you’re willing to make. If, however, you’re not sacrificing luxuries but the ability to buy a home or have the wedding of your dreams, you should most definitely think about getting a cheaper ring.

In other words, there should be no set price that you spend on an engagement ring. You should set a budget with the person you love, deciding on which priorities you are willing to push down the list. Then search within your budget for the engagement ring that ticks all of their boxes.

Beautiful and stylish does not have to equal expensive and, in fact, many of the most expensive rings out there just look ridiculous and look like they were chosen not for their aesthetic quality but to show off how rich you are. A more humble engagement ring with a less expensive stone can look every bit as good as its expensive counterparts.

Once you have chosen an engagement ring, it is important that you don’t forget about insurance.

Should you insure an engagement ring? The simple answer is yes, you should insure all your possessions. The difference with an item like an engagement ring from other possessions which are covered by renters insurance, is that you have to take out extra insurance on them. They will increase your monthly premium slightly, so that you have the peace of mind to actually wear the ring out in public. Take your time to read more about it so you have more knowledge about all the ins and outs of this insurance.

Insurance on an engagement ring should cover damages and theft. It should pay your claims even if you are in a different country or the buyer (rather than the wearer) of the ring is hanging onto it for the moment.

While the insurance is going to be a continuing expense throughout your lives, it is not going to make a big dent to your monthly budget. It is certainly worth insuring an item that has a high monetary value. If you don’t get insurance, it is more likely to lie in a drawer than land up on the finger of the recipient.

There are no hard and fast rules to what you should pay for an engagement ring. However, it should not cause you to sacrifice your priorities or financial freedom. Insurance is a must, but it won’t cost you an arm and a leg.