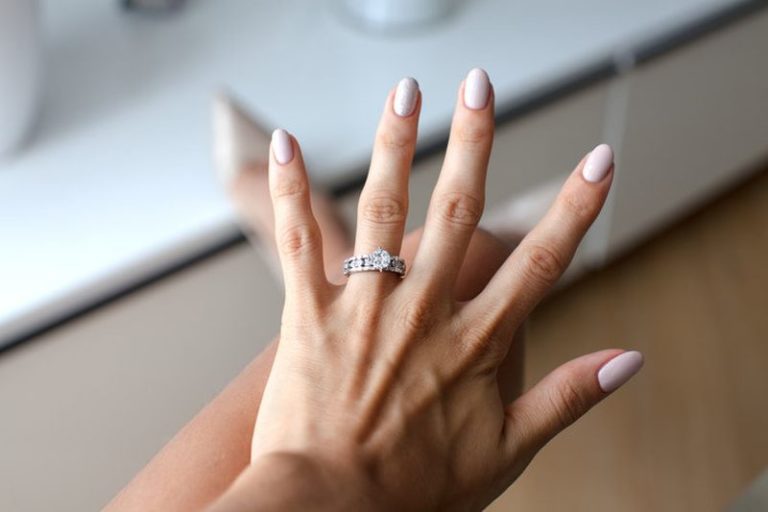 Finding a suitable engagement ring can be expensive, not to mention highly stressful endeavor. The worst part is that you are less focused on the design of the ring than on a price. “How much should I spend on the ring?” is the question that will constantly be in your head, even if you are not obsessed with money. The social pressure will always be there, telling you not to cheap out. Add in the fact that your future partner is equally conditioned to expect an expensive ring and the whole things quickly turn into a nightmare.

The old adagio says that you should spend two months’ salary on the ring. For some reason, people believe in this, completely arbitrary number. Why two months? Why not one or three? Who says that you need to work for two whole months for a ring, even an engagement one? The same company that came up with the slogan “Diamonds Are Forever.” They are called De Beers Consolidated Mines, Inc. and they control around 90% of all diamond mines in the world. Believing in the two months rule would be the same as believing in Coca Cola or Pepsi telling you to drink a gallon of cola a day.

The average engagement ring cost in the United States is $5,500. In Canada, it is $3,500, while in the United Kingdom is just $2,000. Does that mean that men in Canada and the UK love their future wives far less than men in the US? Of course not.

Choose your engagement ring based on your financial situation.  You can check out CreditDonkey to know how to buy an engagement ring that is high-quality but still fits your budget. Determine how much you can afford, based on your income, debt, expenses, etc., not some made up a rule, designed to force you to overspend. Don’t fall for marketing tricks and decided for your self how much exactly are you able to spend.