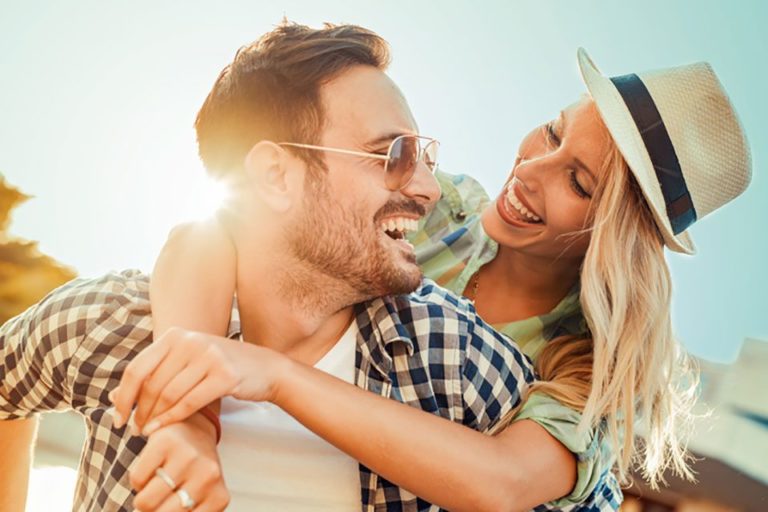 A lot has changed regarding marriage in the last few decades. Historically, marriage was seen as a partnership and it was mandatory to get married, but now it’s very different. People tend to marry only the one they think it’s their soulmate and marriage itself is very optional. Moreover, the age of people get married has changed. The average age of marriage was 20.3 for women and 22.8 for men in the 1950s, while today it’s 27.1 for women and 29.2 for men.

Modern couples are rewriting the rulebook and decide to wait until later in their lives to get married. Nowadays, couples tend to spend more time in a relationship before deciding to tie the knot. So, you might be asking yourself what’s the average time dating before marriage today?

According to datingsiteresource.com  it has been estimated that couples spend 4.9 years (58.7 months) in a relationship on average before getting married. This means that they get to know each other better before tying the knot. Additionally, it was discovered that couples would spend 3.5 years living together before actually getting married and that an average couple would have had two serious relationships before settling down.

Another study, called the PAIR Project, conducted by the Penn State University, followed 168 newlywed couples over 14 years and determined each couple’s relationship satisfaction throughout. The results from this study showed that the happiest couple in marriage were the ones who had dated an average of twenty-five months before marriage.

On the other hand, many couples who dated an average of eighteen months and were engaged for half that time were more likely to get married and survived only 7 years of marriage and many divorced.

This general time frame doesn’t and cannot fit all couples. Instead, it depends on the couples when they’ll feel ready for a bigger commitment and when they feel marriage is appropriate. It also depends on the age and the life stage when people enter into a relationship. Hence, when it’s the right time to get married and how long you should be in a relationship before making that commitment will depend on a number of factors, such as how well you know your significant other, how happy you are in your relationship, what’s your expectation of marriage, and whether you see yourself in a marriage with that person.

So, when you’ll take the plunge depends on you and your particular situation and you shouldn’t be guided by an average time or studies.

It’s not about the time-frame per se that’ll determine whether or not it’s already the right time for you to get married. Rather, it’s more about the signs in your heart that let you know that you’re ready for this big commitment in your life. After all, while you can back out from your decision, there will be immense legal and emotional repercussions.

When you’ve got all these signs, you can then proceed with planning your engagement festivities like your hen’s party from magicmen.com, choosing your gown, and picking a venue, among all others! One step at a time, all headed towards your big day. Relish the journey—even if it might seem stressful sometimes. Stay focused on the end goal of being with your significant other officially.

With that in mind, these are the telling signs that you’re ready for that big commitment in your life:

Yes, you love your partner. That’s a given fact. And that love will always pull your relationship through. But, nowadays, it’s no longer just enough to have that love as the standard for your relationship. You’ve got to love yourself also, else you might only drown yourself in loving another person whilst forgetting yourself in the process.

Remember that you can’t be fully happy in yourself and with another person if you’re not happy with yourself. While marriage means you and your loved one will long be united, this doesn’t mean that you’ve got to lose yourself in the process of loving that person.

This lifelong commitment should be between two individuals, who have consciously decided to live their lives together. It should never be about finding a better half to become whole. You must know and love yourself first before anything else.

Getting married isn’t just about the wedding day per se. Remember that there are so many other decisions you’ll have to go through after your wedding. Think about the decisions you’ll be making every single day, leading up to your big day. If you aren’t united with your partner and you don’t feel like you’re your best self when you’re in this team, then the foundation of your union isn’t going to be as strong as you may have hoped it would be.

Your partnership should make you feel secure and confident, instead of being heavily dependent on another person. Your significant other must respect your opinions and, likewise, you should do that for them as well. Then, you can both look toward the same direction in your marriage and make decisions together.

Arguments and misunderstandings will always be there in a marriage. This is normal, given the differences that people inherently have. While you may think you know each other fully and you’ll be united as one, you both still have your own minds, level of thinking and standards. so its normal to have arguments.

What’s not normal is when you threaten to leave during a heated argument, or to break the engagement and the wedding. If this is the case, then you might as well not be married at all. If you aren’t willing to fight for your marriage during the hard times, then       there’s no reason to move from dating to marriage.

Weddings are one of the most important aspects of people’s lives, and they want to make it extraordinary. If you work as a wedding planner or coordinator, you may find a variety of ready-made wedding templates at Template.net to help you keep track of all your tasks.

Remember that marriage is supposed to be a life-long commitment.