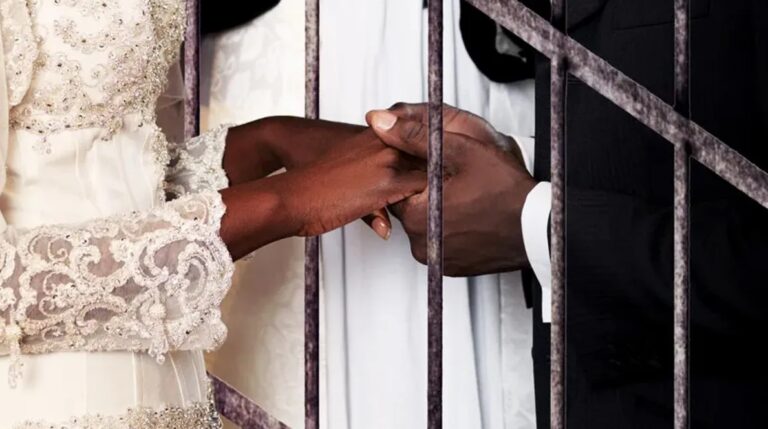 Getting married to a prisoner has its own share of barriers. Unlike traditional marriages, jail weddings require you to obtain information on state laws and permission from the institution.

It may also take you longer to facilitate the wedding, as the non-incarcerated spouse has to plan the whole shebang, but to many, getting married to a prisoner is worth it. Whether it’s for love or to facilitate custody over children, there are endless reasons prison marriages are a necessity.

Before starting your marriage journey, it’s important to consider the many aspects of a prison wedding and possible problems you may encounter. This article will teach you what your special day may look like and what documents you’ll need to see this process from beginning to end.

1. Research if You’re Allowed to Marry

Several prisons and jails allow you to marry an inmate, but it’s essential that you research each state’s Department of Corrections website before you start making plans.

The Texas Department of Criminal Justice (TDCJ) banned marriage on September 1, 2013, but public outcry caused the ban to be lifted in 2016. You may not have known the ban was lifted in the first place, which may have prevented you from getting married in the past.

If you need to find an inmate at Hunt County Jail in Texas, you can do so at this webpage. You’ll need specific information regarding the inmate you wish to marry, like their inmate number, so you can write to them. The inmate may need your phone number to call you.

You’ll have this information if you knew the inmate before they were incarcerated, but if you were pen-pals, you’d have to ask for their personal info for the marriage certificate.

Some inmates aren’t allowed to marry depending on their convicted crime or resident status. Some jails or prisons require the chaplain to officiate the wedding, and the vast majority of prisons/jails won’t allow extended or conjugal visits after a ceremony.

2. Consider if You Need Premarital Counseling

While it isn’t mandatory in most cases, it’s in your best interest to seek counseling regarding your marriage. However, some prisons do require counseling before marrying an inmate.

How to Book an Appointment

Book two appointments: One separately and one together. Partners who get married in or out of jail should book separate counseling appointments because you’ll be able to air your grievances without your partner present. It’s possible both parties may hold back in a duel session.

You may want to consider the challenges prison marriages may bring. Prison marriages are more likely to end in divorce, and subsequent prison terms can increase that rate further.

It’s important to encourage your incarcerated spouse to seek counseling after being released. Both jails and prisons can change people, for better or worse, and inmates may experience difficulties adjusting to the outside world. Any help you can bring them will aid in their transition.

3. How to Make a Marriage Packet Request

You’re responsible for obtaining the marriage license. Getting the license is the easy part, but facilitating a marriage packet request is a different matter.

When the non-incarcerated inmate wishes to make an application to marriage, the prison or jail must ensure that the inmate is legally eligible to marry, that they’re mentally competent, and that the wedding poses no threat to institution security, good order, or to the public.

Wardens will also ask if the intended spouse has verified an intention to marry an inmate in writing. A unit team will ask you to submit your marriage packet request to the jail directly, not the inmate. You’ll only write to the inmate to receive confirmation that both parties wish to marry.

From there, both you and your to-be spouse will complete the forms necessary to issue the marriage request. Once you hand both to the authorities, the jail will deny or approve your request. If it’s approved, you can start preparing for the wedding.

4. How to Send Documents to Prison Authorities

You’ll need to gather all the necessary paperwork on your partner’s behalf. All your partner can do is sign the forms, so you need to find the following documents and send them yourself:

It’s essential that you send your documents directly to prison authorities. You can find the prison’s mailing address on the jail’s/prison’s website. Make sure your letter meets prison regulations, or it will be thrown out. Just put what’s necessary in the envelope.

You can send these documents by mail, but you can use third-party services like DoNotPay, MyCarePack, JPay Inmate Care Packages, and Access Securepak.

Once you’ve completed the application process, the Warden will either ask you for a set of dates, give you wedding dates, or provide one date for you. Make sure you clear your schedule, as you likely won’t be able to set your wedding date during the day.

6. Choosing an Officiant (If Possible)

If you have the right to choose an officiant, start looking into officiants that can enter the jail and facilitate your wedding ceremony. Consider possible restrictions that may prevent the officiant from completing the ceremony, like dates, previous criminal record, or whether they’re verified.

The only people who can attend the ceremony are the officiant and a few witnesses. While witnesses aren’t always required, they’ll likely be other inmates or approved people on the prison’s visitors list. Your friends or family members can’t be present.

Wedding rings may be exchanged if they’re simple and religious symbols are allowed to be worn, but you both have to show up in casual clothing or prison attire. Decorations won’t be allowed, but you may get the chance to take some photographs depending on regulations.

Understand that marriage fees, including the license and officiant fees, are paid by you, the inmate, or your family. The jail will not comp any of your wedding fees.