Wedding in India is always a grand event where all rituals are important from pre to post-wedding. This is why they take to every possible ward off evil eye to ensure the newlyweds remains safe and blissful life.

It doesn’t matter you’re getting married in the premium location in Delhi or your home inside. But, following the wedding traditions and customs do matter much in an Indian wedding. They’re continuing from an ancient time and exist even these days as very popular rituals.

Also, they have spiritual and philosophical significance with every practice and custom. That’s why we’re here with some important facts about Indian weddings that will make you surprised. 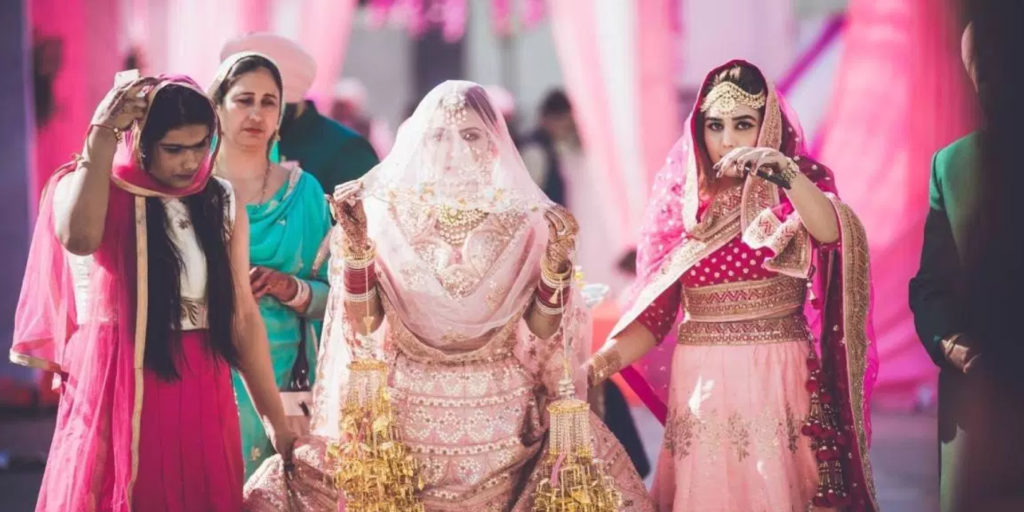 Necessarily this is the must-doing custom of the Punjabi culture, which is wearing as a fashionable outfit these days. Also, it has some specific times when people wear it beyond the wedding event. When it comes to wedding time, it usually wears due to get good luck in your life and can’t put off for one month.

The dressing is not just beautiful to look, it also brings all good things. It doesn’t mean that those who don’t wear the dress are not lucky. But, it has become the part and parcel of the Hindu wedding, which is as amazing as a blissful ritual.

Its true dowry is a type of activity that’s strictly prohibited by-laws for any wedding ritual. But, many people do it secretly which means the existence of dowry is still alive in all states of the country. In this hateful activity, the parents of the bride should give something or things that the groom or his parents demand.

But, most people don’t think if two people earn why they need to take these things forcefully. Besides, if the groom is still out of earning then he is not eligible to marry someone. That’s why this fact of an Indian wedding is very disagreeable. But, the fun part of the fact is that nobody knows why it needs to do. 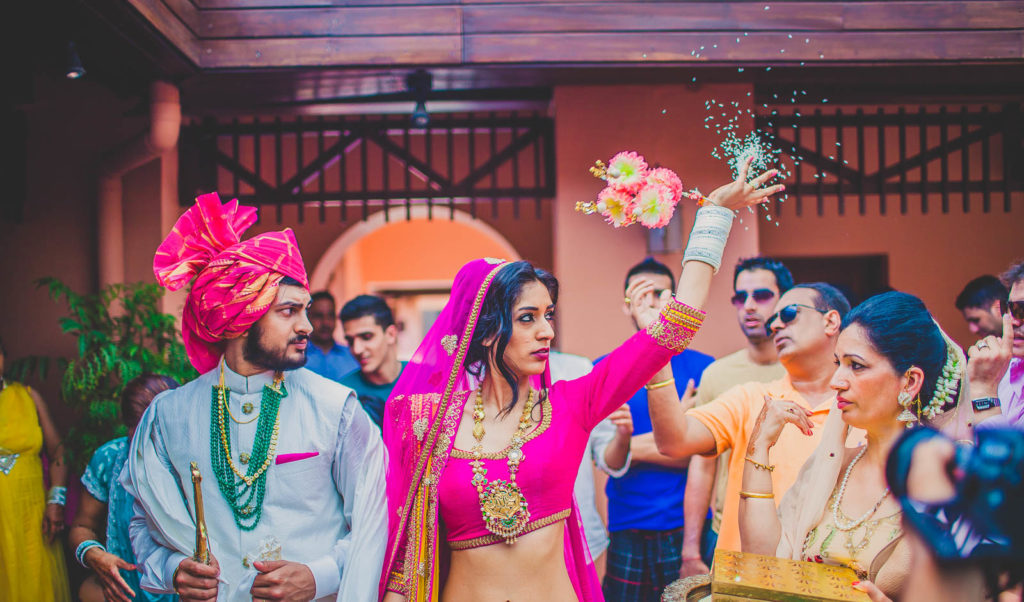 In this ritual, you’ll find the groom is crying while saying goodbye to her parents. But, wit the modernity, the trends of crying has reduced substantially. It’s because girls of these days are very practical as well as logical.

They like to start their new life with happiness instead of crying. But, when the groom will not be crying, some people may ask why they’re not crying. Also, they’ll think of it as fun while parents are emotionally crying, the groom is not.

It’s another common ritual for a Hindu wedding that usually performs when a groom first enters into her husband’s home. The performer of the ritual is the mother of the groom and mother-in-law of the bride.

In this custom, the bride has to enter with taking care that her right foot should put inside the home. And she has to push a vessel full of boiled rice, which is essential and it believes to ensure their good luck for the new couple. 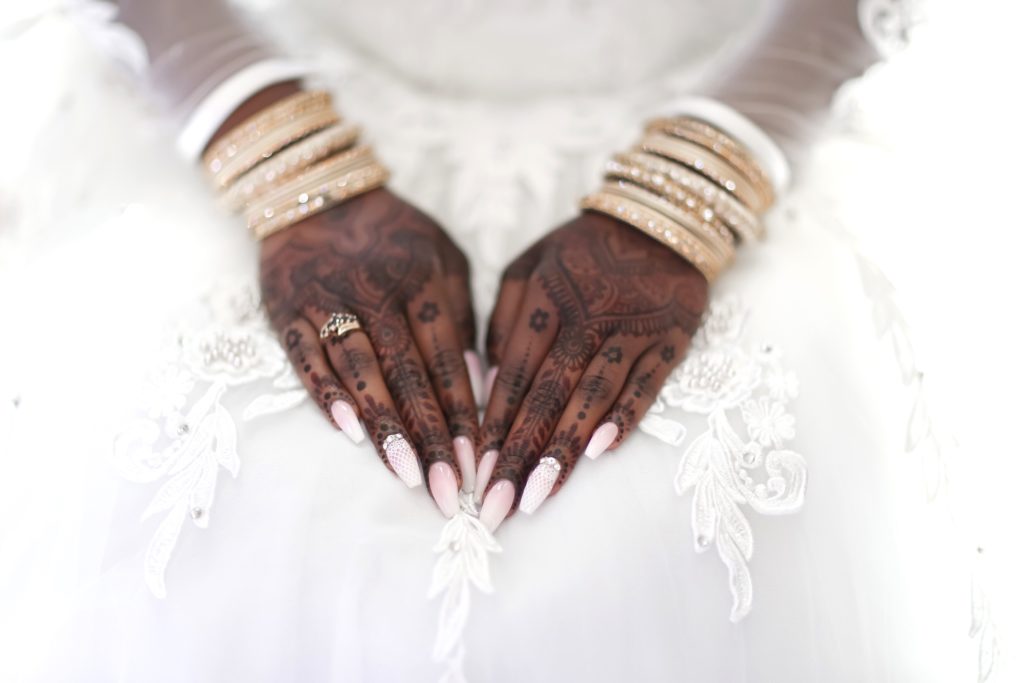 Applying henna that calls mehndi in Hindi is an obvious part of an Indian wedding. This ritual is essential to do before the wedding day to the hands plus feet of the bride. The belief here works is the deeper the color becomes, the more the bride will love her husband.

However, some other people say that she will love more her mother-in-law while having a deeper henna color. As making the prolonged existence of the henna more desirable, she is not allowed to work as long as her color is remaining on her hands.

People think wearing a dress of black & white is inauspicious to the Indian wedding because they consider these as mourning colors. But, various white shades are very popular that many modern brides wear as saris and lehengas.

Especially they like to use it with colorful borders as well as embellishments. Also, it’s acceptable to wear partly black & white dress by the groom and bride along with other attendees. 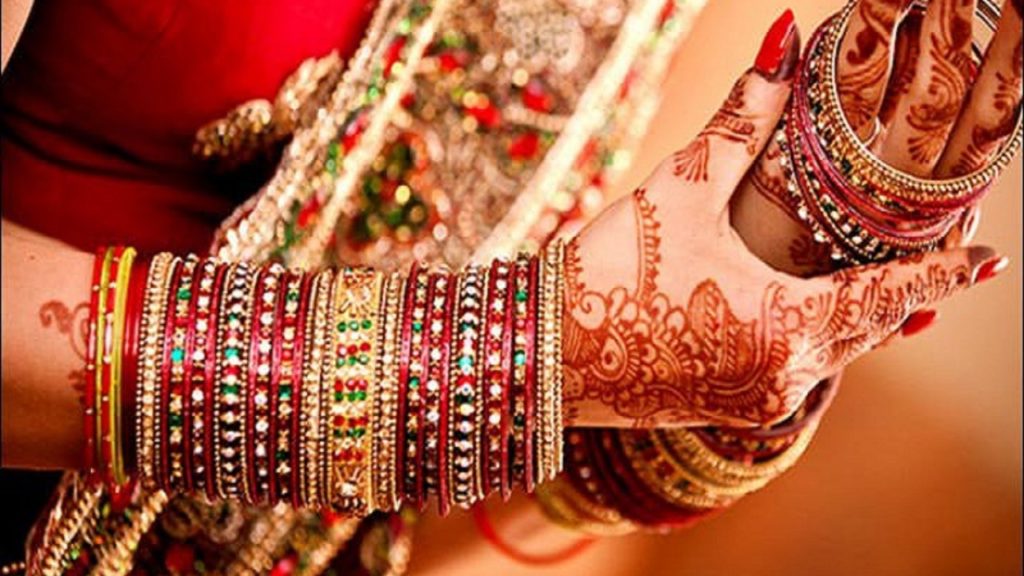 This is another very important part when it comes to Indian weddings. Usually, the wrists are the part of a woman’s body that always remains open. It’s the portion where the rate of pulse counts and checks for some diseases.

But, it looks bare when you don’t put bangles on them. Wearing bangles on wrists are not just a fashion; it’s also one of the must-follow rituals in an Indian wedding. This is why people also follow it with the same significance that they do for other rituals.

Toe ring is not only an indication of a married woman, but Science also supports this ritual. Generally, women wear toe rings to their second toe and it connects to the uterus and reaches the heart.

It keeps them healthy while regulating the flow of blood to their uterus that helps you maintain a regular menstrual cycle. As a good conductor, silver is better to use that absorbs polar energies and bring it to their body. That means wearing a toe ring is as a good ritual as healthy. 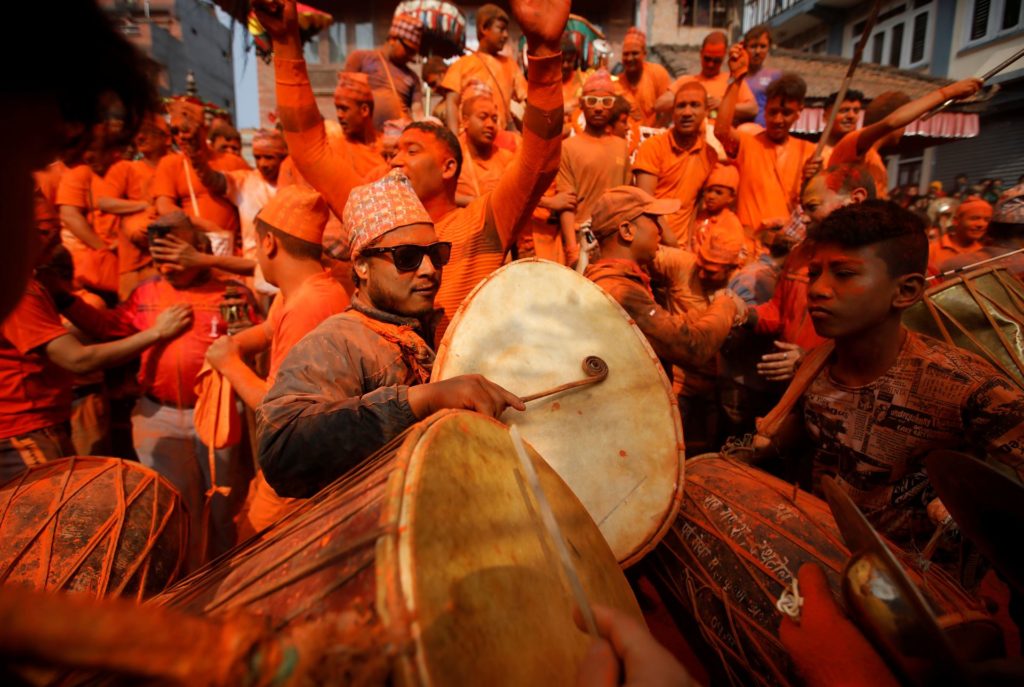 Using of Sindoor (vermillion) is a must-doing ritual of a married woman. It carries the physiological importance that many people are unknown. The elements of preparing it are lime of turmeric and mercury.

Because of these elements, it has intrinsic properties that help you to control blood pressure. Also, it makes the active sexual drive and this is why it’s not allowed to keep sindoor.

Well, we have shared some of the important facts about Indian weddings. Hopefully, you’ll get an idea about the rituals of a Hindu wedding, but many more facts are also remaining untold. Some of them are including finding the ring, knife handing, and game of string knot.

Among the rituals, some have health benefits while some others are just as customs. They’re being observed for years to centuries and practice with the belief of getting a blessing from these rituals.

How to Ensure a Less Costly Wedding Reception Decor

The Perfect Wedding Venue for You

The 7 Best Card Boxes For a Colourful...

The Most Enticing Wedding Invitations

This website uses cookies to improve your experience. We'll assume you're ok with this, but you can opt-out if you wish. Accept Read More