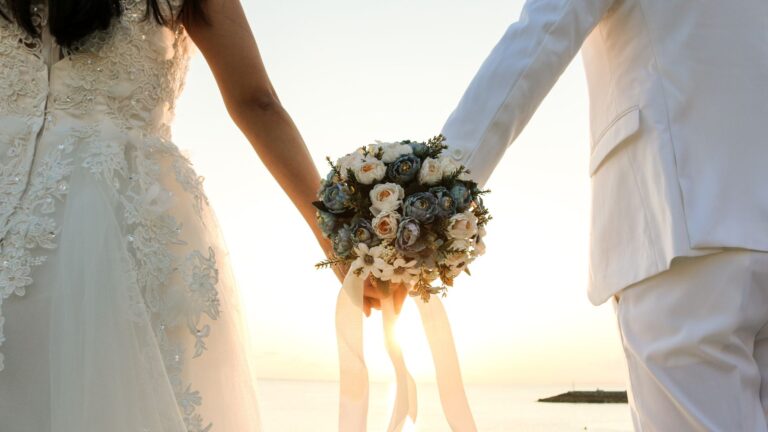 In the contemporary world, couples decide to crown their relationship with marriage much later into their lives than some 50 or 60 years ago. Modern life dictates far different practices and norms, and education and career play a big part in it. No longer can young people afford a home and all the necessities by the age of 25 or so, soon after their education is finished and as soon as they find their first real job.

For these and many other reasons, the average age of both men and women who are getting married jumped from 23.2 for men and 20.8 for women in the 19070s, to 29.8 and 28, respectively. This is a considerable jump and an even further one that a century ago by almost an entire decade. It is more than clear that people get married older than ever on average, but how long should you actually wait? Is there the right amount of time you should let pass before you say, “I do” and begin your married life?

In this article, we aim to answer these questions and try to determine how long couples date before getting married and do they even plan to get married to the person they are dating. If you believe you are still too young to marry, and especially if you are single at the moment, why not check out Dating Blush and meet someone new?

Right from the start, it should be said that there is no definite rule regarding when the right moment for the wedding to take place is. Some people marry after only a year into the relationship while others spend years together without even being engaged. It all comes down to circumstances and personal preference, as well as to how much they love each other and how each of the partners perceives the relationship.

Taking that into consideration, we cannot definitively answer the question as it is too complex. What we can do instead is determine when the right moment would be, that is, what would be sort of a perfect scenario. Certain things have to happen before one is objectively ready and convinced that marriage is the right call, so let us talk about that for a bit.

This is a hard thing to survey and explore, but averages are often more than enough proof of the current situation in the world. On average, young people today believe that a relationship should culminate in marriage after two to five years of dating. However, what most people also believe is that just because they are not married does not mean they are not planning a life together and actively doing that same thing already.

A lot of couples today move in together well before they tie the knot. This is arguably a smart move, although older generations still view it as wrong because in their time it was literally unimaginable and wrong. What would the people say and that sort of thing? However, younger generations nowadays really do wish to start their lives together at somewhat of the same time as their parents and grandparents, just not while getting married.

For example, longtime couples who have known each other since college largely live together during the final years of their education. They rent apartments and homes together, but their first homes together, and behave as if they are already married. That is more important than actually legally binding with each other, right? It is effectively down the line for most couples, it is simply not as important as it once was for a happy and successful life.

What is more, almost 70% of people today believe that a marriage will be full of love and long-lasting if the couple first lives together for a few years. You know what they say, you never really know someone until you have lived together for some time. According to some surveys of people aged 18 to 44, almost 60% said that they have lived with their partner while still unmarried and that they believe it has to do a lot with how happy they are now. Spending so much time together as roommates and sharing basic everyday things like meals, grocery shopping, house chores, and the bed every night is important. If you are not compatible, the marriage will hardly last and young people know it.

Couples of today mostly postpone their weddings because of the economic situation in most countries of the world. As mentioned before, older generations had jobs and homes pretty much secured as soon as they finished their education and started working. Today, an average college student will never own their own home. The economy is simply too unstable for regular people to spend most of their savings on a wedding they wish to have, and they understandably do not want anything less since it will not make them happy.

Around half of the surveyed adults aged 18 to 29 said that financial instability is the number one reason they are still not married. However, most of them already live with their partners. Some have been doing it for years and consider it normal and preferable. Coming home to your loved one after a hard day does not feel the same if you are unmarried if the love is true.

Lastly, we will give you a word of advice in the form of three questions. If you can answer them and back them up with strong proof to yourself, you are ready to get married but of course, you do not have to. The first question is, do you have a way of handling conflict among you? The second asks, can you make yourself happy with your partner? The third is, are you invested in your partner’s happiness? If answers are positive, you are in a healthy and stable relationship already, a much better one than many marriages in the world.

When you get married sometime down the line, you will realize that it does make you a bit closer simply because of what it implies. Similar studies show that about 80% of married adults say that they started feeling a little bit closer to their spouses after the wedding. Only 55% in comparison said they felt closer before marriage. As mentioned earlier, your specific case is the best judge of how long you should date before marriage. Some people spend their whole lives together without getting married. There are no strict rules on this, so do not stress too much!