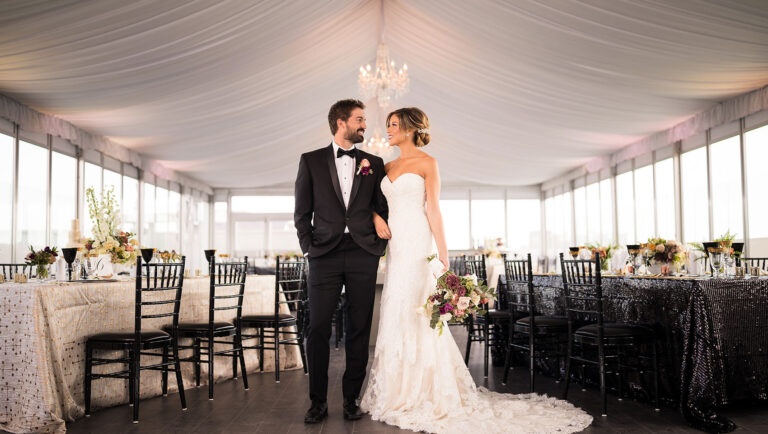 The wedding industry is one of the most profitable in the United States. Every year, countless brides are consumers of wedding-related services and products worth millions of dollars. Surprisingly, there are even brides that listen to podcasts from wedding planners on apps like Spotify and SoundCloud.

And it’s not just professional wedding planners either – amateurs are also using Spotify and Jaynike to create wedding-themed podcasts and share their opinions with millions of users. Of course, wedding-related media on YouTube is also widely popular. Many wedding-themed TV shows use YouTube as a way to share parts of their show and promote it while also building their brand.

Therefore, we’ve gathered a bunch of useful information from these channels and connected two interesting topics, so check it out:

The invention of the Wedding Industry

Weddings in the United States weren’t always so elaborate and expensive. These days brides that do not wish to have elaborate weddings are met with great pressure from societal expectations and family as well. But, the wedding industry was not historically a capitalist industry.

The evolution of the wedding industry to the current situation can be attributed to marketing campaigns from caterers, jewelers, venues, and other businesses. In addition to the main wedding ceremony, other costly traditions were introduced to weddings – such as the diamond wedding ring, bachelor and bachelorette parties, wedding receptions, etc. By marketing their products and services as historical and traditional, these businesses were able to invent new ways for consumers to indulge in wedding-related products.

Historical and traditional was not the only way products were marketed. Some new trends were created as well, such as wedding registries, and wedding planning services. Over time, no aspect of the wedding ceremony was not capitalized in one way or the other. At the time of writing this article, there are websites online that offer to get your wedding vows framed. Better yet, there is such a profession as a “professional vow writer” – an experienced writer provides a service whereby they interview you and your beloved and compose wedding vows.

Before Queen Victoria wore her famous white wedding gown in 1840, wedding gowns were of different colors – even black. She was not the first to wear the color for her wedding, not even the first British Royal (Mary, Queen of Scots wore white as well). However, Queen Victoria’s marriage was a marriage based on love – this was not a common occurrence at the time. The public welcomed the romance.

The matriarch was very influential, and many Americans were obsessed with all her peculiarities – even though it was commonly considered anti-American. Adding to the hype of her wedding dress, a women’s magazine in the United States made the mistake of claiming that her choice of color was traditional and that white was historically used for wedding gowns. White was perceived as a symbol of purity, and the undying love between the Queen and her husband.

This planted the idea of a white wedding gown in the minds of American women, that we are still sowing the seeds for in modern times.

Before the mid-1930s, marriage proposals in the US did not involve a diamond of any sort. In today’s America, grooms are expected to spend a huge amount of money on the engagement ring alone. Many rules for calculating the price a man should pay for an engagement ring have been circulating amongst American women for decades.

Most commonly, it seems women are expecting 3 months’ salary’s worth to be paid – a formula that stops making sense as a man earns more money. How did all the madness start? After discovering South African diamonds – a plentiful source, the DeBeers company realized they needed to be clever about their newfound wealth.

The supply was more than enough, so they wanted to manipulate the demand for the diamonds but raise their prices. Well, the DeBeers company, with help from an ad agency from New York (Ayer), birthed the first widespread influencer marketing campaign. Two mistruths were spread in this campaign. Firstly, they spread the idea that diamonds were scarce – thus more desirable, and in this way, they increased demand.

Additionally, they spread the idea that diamonds are indestructible by running a campaign with the slogan ‘Diamonds are Forever’. They convinced people by romanticizing the idea – a partner forever deserves a gift that will last forever. This was to avoid fluctuating the market price of diamonds that may be caused due to resale of diamonds. People trying to sell a diamond quickly realize that they are difficult to sell.

The campaign was successful in planting the idea in the perception of consumers from all levels of society that diamonds are rare and indestructible. The truth? Diamond mines are plentiful, and diamonds can shatter or even burn. There are enough diamonds in the world for multiple industrial uses, and although they are extremely hard to destroy; it is not an impossible task.

For such a campaign to be so successful that even today, over 80 years later, people still believe these mistruths – the ad agency had to avoid marketing the diamond, but rather the idea of a diamond. By putting diamonds on elites, celebrities, and high-class-looking people, they created an image for the diamond as something luxurious in the public’s eye. They made sure the clarity and size of diamonds were mentioned on radio shows and tv shows and articles. They hyped up their product to change the perception that people as consumers had of it.

The wedding industry started as a widespread marketing campaign. To this day, marketing teams around the world use the same values and ideas as strategies to generate the desire for wedding-related products in their target markets. New and inventive methods to generate the desire for more products are being used by the wedding industry, and the public is unable to completely avoid being affected by these methods.